The Popularity of Words and Music

The Forum of the International Association for Word and Music Studies (WMAF) will explore the ‘popular’ in words and music for its 5th Biennial Conference. Popularity and the ‘popular’ are phenomena of vast societal, political, and (inter-)medial import. From early approaches such as Adorno’s and Horkheimer’s heteronomous capitalist criticism to the less consumer- and more ‘prosumer’-oriented perspectives proposed by John Fiske and Henry Jenkins during the 1980s, the popular remains an ambivalent topic. Niklas Luhmann’s theorems that came to be used widely in the ‘pop theory’ of the 1990s re-emphasized the study of the popular as a key field of inquiry in critical discourse. In the 2000s, bell hooks’s work in cultural studies opened the field of popular culture anew, analyzing it as a politically charged ‘powerful site for intervention, challenge and change.’

Studies in intermediality and Word and Music Studies have also proven to offer productive ‘popular’ approaches to musico-literary experimentation. Continuing in this vein, our conference asks: What is the “popular” and what role(s) does music play in its construction? What is the function of the popular and is ‘pop’ a system? How can popularity be explained in certain historical and political contexts; how do race, class, gender, and ethnicity contribute to an understanding of the ‘popular’? What of the popularity of verbal art forms? How do they interact with music at particular times and throughout various media?

We invite researchers at early stages of their careers to submit proposals for presentations and/or panels that engage with the popular, using a variety of methodologies and perspectives on words and music. These may include but are not strictly limited to:

– Words and/or music in the context of ‘pop-theory’

– Politics of the popular: negotiations of race, class, gender, ethnicity

– The popularity of folklore and myth

– The popularity of intermediality itself

Please send abstracts of no longer than 250 words, with… read more 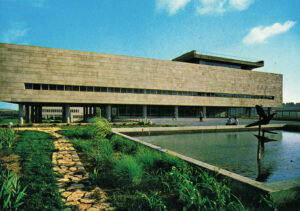