Workshop: State-building, political thought, and the Other in Muslim imperial peripheries 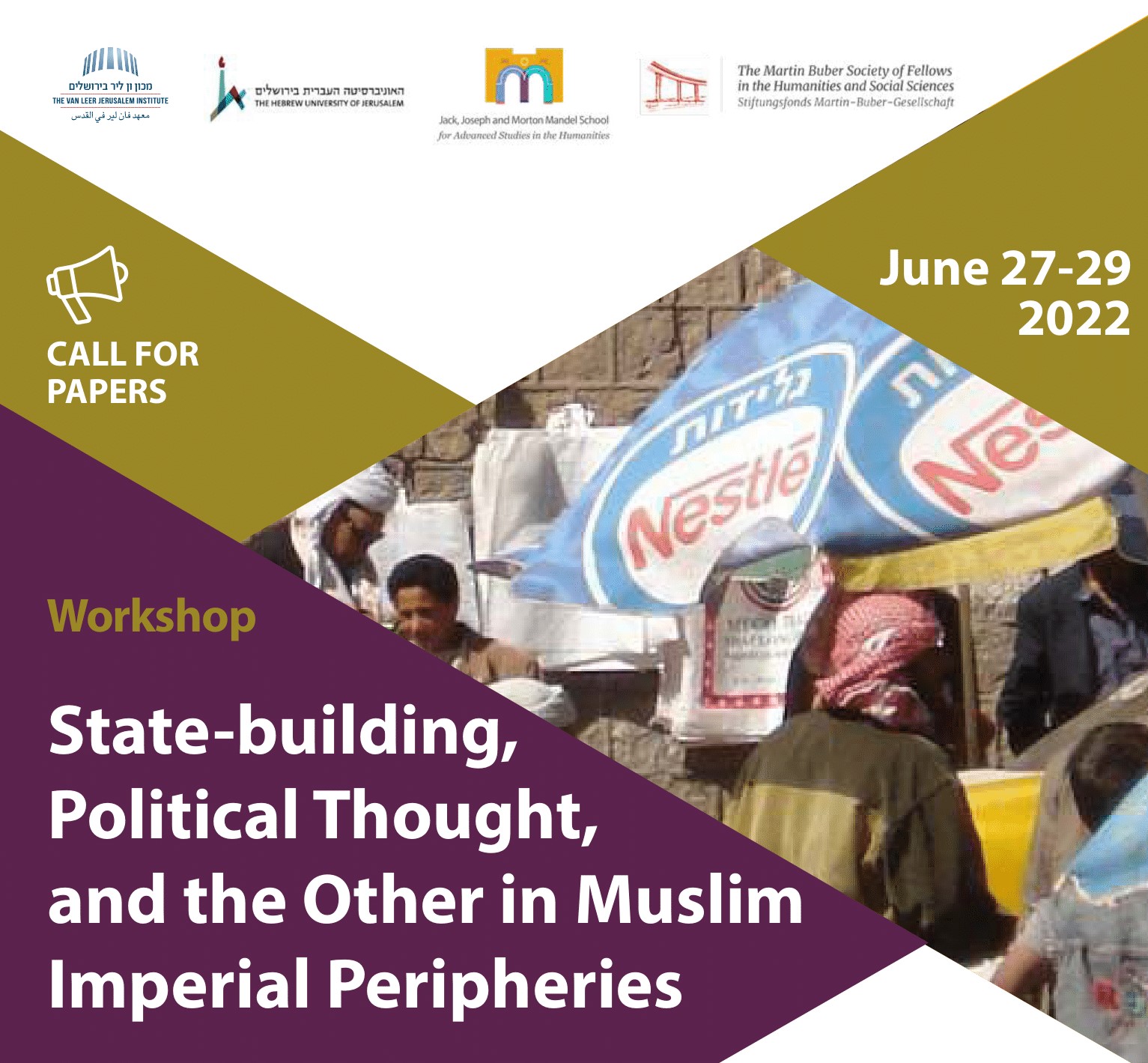 How did Others (non-Muslims, non-mainstream Muslim sects, tribes, ethnic groups) contribute to the development of Muslim states and empires and conceptualize their interactions with Muslim polities? How did Muslim empires react to the presence of Others in their peripheries? And how did different schools of Islamic law and political thought conceptualize their respective Others? Drawing on the example of Yemen, where both Sunni and Shīʿa polities routinely dealt with a diverse group of Others including – and depending on the perspective – Ottomans, Zaydis, Ismailis, Jews, and tribal communities, the conveners of this workshop invite prospective participants to reassess the contribution of minority groups to the development of Muslim states and societies.

Recent scholarship demonstrates that the contribution of non-dominant groups and their participation in socio-political processes had a fundamental effect on state (trans)formation. This theme is particularly well explored in certain periods (e.g., the Christian, Jewish and non-Arab contribution to the development of the early Islamic Empire) or in relation to certain groups (e.g., Armenians, Kurds, Greeks, and the Shīʿa in the Ottoman Empire). Building on these advances, the workshop suggests two angles for the exploration of how Muslim states and their Others interacted: through the lens of political, legal, and religious works produced by both sides and through interactions with state institutions. The workshop invites its participants to consider Muslim imperial peripheries as the main arena in which these intellectual and sociopolitical processes took place. It aims to start a comparative multidisciplinary conversation on how interactions in the far-flung regions of Muslim empires altered Sunni normativity.

We invite historians of Muslim states, scholars of Islamic legal and political thought, and researchers of ethnic and religious minorities in the Muslim world to jointly discuss the possibilities of a common framework in the exploration of non-dominant groups as contributors to Muslim state-building and the development of the Muslim “self”. In this way, the participants are encouraged to step out of their usual spatial and temporal frame of reference to consider the broad implications of their research. Our confirmed keynote speaker is Luke Yarbrough (UCLA).

Submissions should include a title, short description of the proposed presentation (500-700 words), and a brief biography of the contributor, including name, affiliation, and email. Panels will be organized based on the themes of the abstracts. Please send your submissions by extended deadline of May 20, 2022