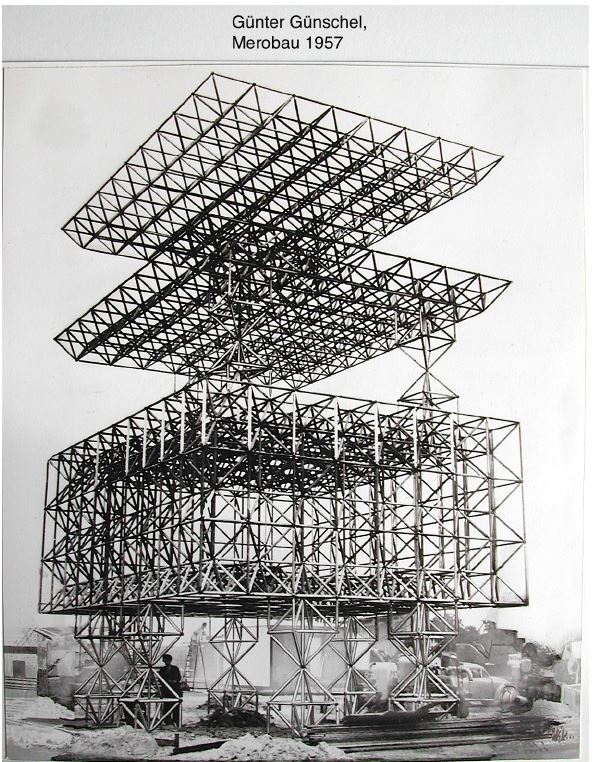 In recent years, the topic of racism has become increasingly important in German and Austrian society, research, architecture and curatorial practice. The editors of this issue of kritische berichte would like to reflect and think further about this status quo: How can we deconstruct racism in architectural theory? In which fields of architecture and urbanism does racism leave its mark? What traces of racism do we encounter in architecture, urbanism, and public space?

Discrimination, racism and violence have become everyday experiences 30 years after the German "reunification". At the same time, the growing knowledge of colonial transfer processes influences the planning for the Humboldt Forum in Berlin. Not far away from this, the project Dekoloniale Memory Culture in the City is conducting a program of research, exhibitions and events on the topic of colonialism and postcolonial present until 2024. Against this background, we are less interested in ruptures than in continuity and processes in social systems, ideologies and creative work in architecture and art. What part do, or did, our disciplines, professions and institutions play in structural racism in science and society? How do our conscious and unconscious canons and mechanisms of inclusion and exclusion contribute to these tensions and injustices? In addition, how can we overcome the lack of diversity of the actors?

The shock about the attacks and murders of Halle and Hanau and the lack of protection for Jews and People of Color is also an impulse to invite authors to reflect together. It is the horror about racist violence, the murder of George Floyd and of migrants and Black people in Germany. But at the same time empowerment can be observed, demonstrations and racist monuments toppling.

Racism in public space is visible. The Viennese monument to Karl Lueger stands with plastic Shame lettering designed by artists. Followers of the Identitarian Movement strike them down again, chanting "Homeland, freedom, tradition – and for Jews the terminal station". The organisers of the Dekoloniale receive threatening letters at their office, which is deliberately located in the political space of Berlin's Wilhelmstraße.

A study in 2013 commissioned by the City of Vienna and carried out by historians of Vienna’s Street Names since 1860 as "Political Places of Remembrance" sparked a heated discussion about the political integrity of the architect Roland Rainer. It flared up again in 2017 after the square in front of Vienna’s town hall built by Rainer in 1958 was named after him. Research by Monika Platzer, Waltraud Indrist and Ingrid Holzschuh shows the famous "post-war architect" in the context of biopolitical de-urbanisation concepts. His ideology that aimed at supremacy over race and space as laid out in The Structured and Dispersed City which circulated in expert groups from 1944 onward and was published – linguistically neutralized in 1957 – at the same time as Interbau 57 exhibition. In Austria, Rainer's model of condensed low-rise housing is situated in the line of development of Austria’s settlers’ movement of the interwar period (Adolf Loos, Josef Frank, among others). This raises the question of the interpretative sovereignty of the discourse of modernism, which took a different course in Austria after 1945 than in Germany. At the same time, new sources are opened up respectively texts are read differently, which means that protagonists of Viennese Modernism such as Otto Wagner or Adolf Loos must be seen in relation to anti-Semitic and racist tendencies.

Exhibitions are places where discourses condense. The documenta was not only an innocent beginning, but also pursued politics of the past. Supposedly rehabilitating "degenerate art," mechanisms of exclusion were continued. Christian Fuhrmeister calls this a "binary structure". This can also be seen at Interbau 57, which wanted to bring modernism back to Berlin, but architects who had been expelled for "racial reasons" were not encouraged to build. In view of this "binary structure," one can ask which formal, spatial and intellectual elements of a thinking and acting accustomed to authority trained in the Nazi regime continued to operate after 1945.

"Binary structure" is a keyword that has also shaped the concept of "race" in modern architecture since the Enlightenment. "Race" as a binary program presupposes a substantial difference between humans and a degradation of People of Color. In the recently published book “Race and Modern Architecture. A Critical History from the Enlightenment to the Present“ the authors state: “Architectural historians have traditionally avoided the topic of race.” And further: “[…] This book contends that to understand the imbrication of race in modern architectural history, we must not only incorporate previously excluded building practices, but we must look to the heart of the canon, deconstructing that which appears universal, modern, and transparent”.

Who writes what history, who curates past and present? What does diversity mean in science and in public space? What prevents the addressing of suffering and oppression? How can dissent be articulated? Which narrative includes victims and injured parties?

The thematic issue is looking for contributions of all kinds (such as texts, pictures, montages, essays, interviews, documentations of artistic research, exhibitions, etc.) that investigate

– Manifestations of structural racism in present and past

– Thinking patterns and perspectives in science and society, in theory and practice, in culture and economy

– Processes of migration, exclusion and repression

and thus contribute to critical (self-)reflection.

We invite researchers, architects, artists, curators, etc. to submit a short abstract of no more than 300 words in German or English. Participants will be informed on January 6, 2021. The volume is peer reviewed.

Please submit your abstract to r.hess@tum.de.